The History of Seminole Heights

An Article by Helen Harmon

Last fall, an article appeared in Florida’s St. Petersburg Times that, with the names changed, could have been written about countless North American bungalow neighborhoods that sprung up on the edges of towns and villages as urbanization mushroomed in the early years of the 20th century. 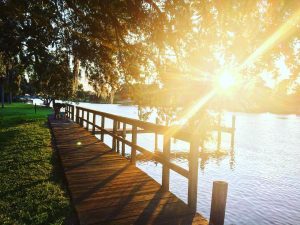 “They grazed the Henry and Ola Park until it was time for milking. Then their owners untied them and walked them home.”

Before Lowry Park Zoo, schoolchildren toured Boyd’s on Nebraska Avenue. It was a service station and a zoo, complete with an alligator, a lion and a chimpanzee, dressed as a gas station attendant. 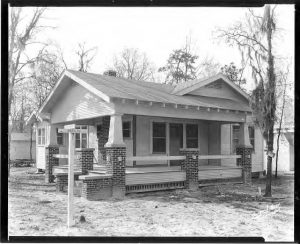 “These are the stories buried in the memories of Seminole Heights’s oldest residents, their letters, their photos, their treasures.

“Now, the neighborhood known for its restoration of old bungalows is embarking on a new form of historic preservation.” The story went on to describe that “new form” as a documentary film, “Seminole Heights: An Intimate Look at the Early Years,” in which those letters, photos, and other treasures—and, of course, the oldest residents themselves, sitting before a camera and responding to interviewers’ questions—portray what life has been like in this Tampa neighborhood since a small slice of it was platted as the city’s first suburban residential development in 1911. 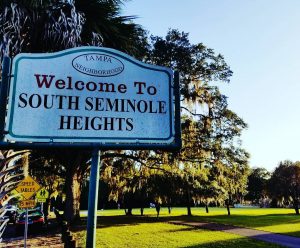 The neighborhood the article was referring to—the one featured in the film—is Old Seminole Heights, the largest of three once-contiguous neighborhoods (the other two are South Seminole Heights and Southeast Seminole Heights) that make up the area known generally to Tampans as Seminole Heights. On the city’s map of “Tampa Neighborhoods” (click on the “Neighborhood Locator” link at tampagov.net), it is a large, green irregular area shaped like a lopsided old tree with a canopy outlined by the meandering Hillsborough River on the west and north, N. 22nd St. on the east and Hillsborough Ave. on the south except where a narrow rectangular trunk descends between Florida Ave. and Interstate 275 to Martin Luther King Jr. Blvd., separating the South and Southeast neighborhoods. In the area, it encompasses about nine square miles.

In the early 1900s, Tampa, located on the northeast edge of Tampa Bay across from St. Petersburg, had a thriving business community and a growing population. By 1907, a trolley line connected downtown Tampa to Sulphur Springs, a fledgling resort destination five miles north of town through mostly unpopulated forest and 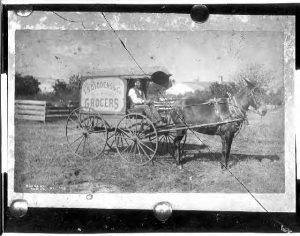 scrubland. In 1911, developer T. Roy Young recognized the potential of the land surrounding the trolley line, and his Seminole Development Corporation began erecting “California bungalows” on a plot of land encompassing roughly 12 square blocks (now designated a historic district both nationally and locally) along what is now Central Avenue. The houses were offered to the public at prices starting at $5,000. Other bungalow developments soon followed. By 1912, the Mutual Development Company, owned by Milton and Giddings Mabry, and the Dekle Investment Company, owned by Lee and James Dekle, surveyed and platted land just north of Seminole Heights to form the Suwanee Heights subdivision. Others included Hampton Terrace (now a nationally designated historic district), Lakewood Manor, Evelyn City, and Josiah Richardson, named eponymously for the visionary who developed Sulphur Springs.

During Florida’s first real estate boom years—roughly 1919 to 1929—more developments drew residents to the areas north and east of the original subdivisions. Businesses sprang up along many of the large thoroughfares, including Hillsborough, Florida, and Nebraska Avenues. A tight-knit sense of community developed that, according to many long-time residents, carried through the years of the Great Depression as neighbors took care of one another. Indeed, some recall the 1930s as the “heyday” of Seminole Heights. 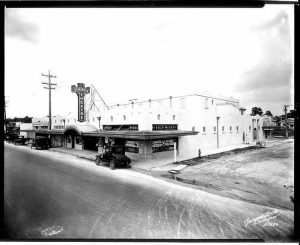 After WWII, as postwar prosperity transformed life all across America, new commuter suburbs spread northward of Seminole Heights. As travel to and from central Tampa by car increased, the trolley lines fell into disuse and were replaced by highway infrastructure. Heightened traffic also brought increased noise and congestion to the area, its attractiveness declined, and in 1967 the state began demolishing scores of grand homes to make room for a new Interstate freeway that split the area in half. Despite these stresses, however, the sense of community that had originally developed during the 1930s and still survived held the old neighborhood together until a new generation began to discover it in the 1980s. In 1988, as a direct response to the state’s plan to widen Hillsborough Ave., residents banded together to form the Old Seminole Heights Preservation Committee (predecessor to today’s neighborhood association) to demand that the new roadway be designed and built in a way that blended in with the neighborhood’s 1920s aesthetic. That their voices were heard is evident today in the brick walls, period lighting, and verdant landscaping that lines the avenue. This year, as the neighborhood association celebrates the 20th anniversary of its founding, Old Seminole Heights is thriving, attracting new residents of all ages and diverse cultural backgrounds. It has retained the warm, friendly, caring atmosphere that developed early in its history. Neighborhood events reflect and strengthen that sense of community. They include regular (and increasingly elaborate) porch parties (a feature of historic neighborhoods throughout the Tampa–St. Petersburg area), an annual holiday brass band concert that takes place on a December evening on the bank of the Hillsborough River, and a spring home tour that showcases the neighborhood’s ongoing restoration and benefits either a school or a local non-profit organization located within the boundaries of the neighborhood. 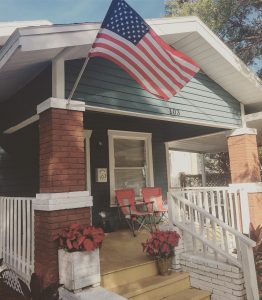 What has made Old Seminole Heights the success it is today has been the dedication of its residents to the ideals of preservation and the house-by-house work they’ve done to invigorate an old neighborhood despite its size and bifurcation. Their stories are different, but they are all variations of a theme. Interior designer Nikki Couture, a fifth-generation Tampa native, laughs when she recalls she stumbled on the neighborhood when she took a wrong turn. “The house we found should have been condemned,” she said. “We could see the ground through the floor and the sky through the ceiling. I was eight months pregnant, and the race was to have just one room finished by the time our newborn arrived. All our friends and family thought we were crazy, but we knew it would be worth it in the end.” 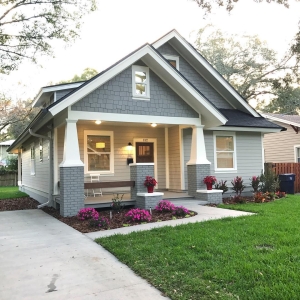 Bruce Gibson, an architect, had a softer landing. “Our house needed a lot of deferred maintenance and repairs. Aside from that all we had to do was improve the aesthetics of the exterior and do some cautious interior alterations to make it more livable by current standards.”

Interior designer Eric Krause loves living in a renovated Craftsman bungalow so much that he recently moved his office into one nearby that is 90 years old. After restoring many homes in Old Seminole Heights, he has enjoyed watching each of his projects “come back to life.”

Alan Badia, a third-generation Tampa native, visited his grandmother in the neighborhood often when he was a child. “I always marveled at the detail and architecture of the houses,” he says. “When I had an opportunity to move here, I jumped at it.” 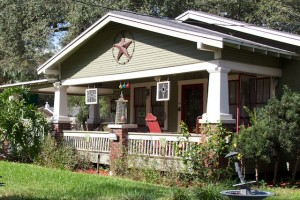 Other residents discovered the neighborhood from afar. Suzanne Prieur and her husband, Dennis, who restores old hardwood floors for a living, discovered Seminole Heights when they lived in Eagle Rock, a bungalow neighborhood in Los Angeles. They and their neighbors were in a fight to prevent Walgreens from being built in that neighborhood. Suzanne was searching online for neighborhoods that had been successful in their battles with the chain to keep them from destroying their historic treasures. Seminole Heights, she found, had fought and won. After losing their battle in Eagle Rock, they decided to leave Los Angeles. “That victory drew me here like the smell of freshly baked bread,” she says today.

Like Suzanne’s husband, many other craftsmen are drawn to the area. Steve Quillian, who specializes in historic wooden windows, has found a great demand in Old Seminole Heights for people like him who know how to remove modern windows from historic homes and replace them with authentic wood sash windows.

The OSHNA Preservation Committee began researching local history early in the neighborhood’s resurgence. The most visible product of its work is the documentary, which premiered before a sell-out crowd of almost 1,500 at the Historic Tampa Theatre, built in 1925 as one of America’s most elaborate “movie palaces.” But through the years, the committee has also produced exhibits, hosted lectures, and developed research resources for use by residents. The association also consistently lobbies the city to help improve the commercial corridors within the neighborhood. A few years ago, neighbors installed an entryway sign to Hampton Terrace, the one Old Seminole Heights neighborhood that is listed on the National Register of Historic Places. Hampton Terrace contains slightly smaller lots and bungalows—many built from the pattern books that were popular during the period—that were bought by blue-collar families, carpenters, clerks, and shipping and railroad employees. It is largely intact, looking much like it did during the years 1920–1931.

The task of installing the gateway started out as an Eagle Scout clean-up project but quickly took on a life of its own. In 2006, it was named Best Neighborhood Beautification Project by the Hillsborough County Commission, but maybe it is best seen as an emblematic manifestation of the resilience and continuity that have characterized Old Seminole Heights through most of the 20th century and—so far—all of the 21st.

Helen Harmon is a resident of Old Seminole Heights. Residents Greg Barnhill, Ann McDonald, Suzanne Prieur, and Emily Robinson assisted in the preparation of this article.